You are not connected. Please login or register 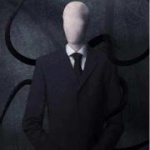 WARNING: The following story you are about to hear is based on real events that may not be suitable for al veiwers. veiwer discression is advised: Ever since the summer of 2012, my freind, William, has been one of my "bests". One night we were talking and then he looked out the window (we were talking about the SlenderMan so he was a little bit paranoid) and he saw a tall dark figure standing across from his house next to a lamp post. Then, he shut of his lights and grabbed his katana and hid in a corner in his room. 15 minutes hade gone by, then tall, dark figure, had disappeared. There was no car, bus, taxi, or anything that might of picked him/it up and went about. He calmed down, and was lickey to be able to sleep that night. Then, about a week later he was ill, just coughs and headaches, at least he isn't too ill. Later on in the year, somewhere between late August and early September, he disappeared. i tried various ways of communication bu, still no awnser or reply. Rver since he disappeared i'v been trying to look for him. I need all the help i can get.

This is a true story that look place only a few months ago. I'm serious, i am worried for him.

Good news everybody! It turns out that my friend William, was just off doing important things. So no more panic!

» The Lost Crown - Trilogy!!!
» Lost in Space ~ The Pod
» Dark Fall Lost Souls
» I lost my certificate!
» The Lost City of Malathedra